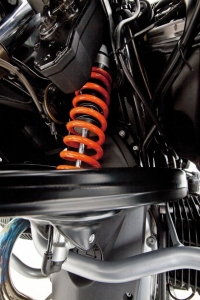 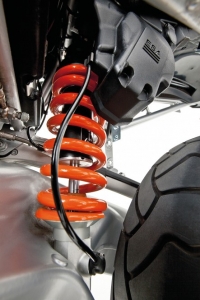 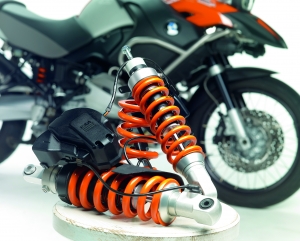 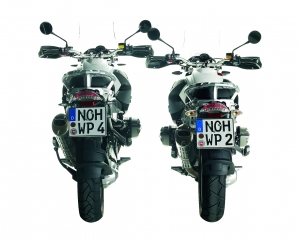 WILBERS WESA SYSTEM IN A NUTSHELL

To start with, theÂ WILBERS WESA suspension is the only one available that works in harmony with the BMW OEM ESA system, without interrupting your electronics and your ESA settings!

With the huge growth in the market of the WILBERS Suspension WESA system, customers and Dealers alike are asking for the product by name after seeing the proud owners of the awesome system at functions like the Bike Fest, Africa Bike Week and the BMW GS Eco Challenge.

To help ease your mind with what sounds like a really complicated and expensive system, I thought I would put finger to keyboard and give you good people a detailed description of the WILBERS WESA suspension. This should put your mind at ease so you can order this awesome solution with confidence!!

WILBERS Suspension Solutions has been going in Germany for now over 33 years and they specialize in producing personalize suspension solutions for their customers as opposed to a mass produced shock that is supposed to work for everybody. To put this into perspective how could you expect the same â€˜off the shelfâ€™ shock absorber to be an effective solution for a 74Kg rider like me and someone who weighs in at 95Kg and over? It simply canâ€™t work for both of us!

WILBERS decided to rather hand-build tailor made shocks for the customers at their factory in Nordhorn Germany. Rather building them to the customers weight and ride style â€“ this ensures that they get the right fix for their bike!

Then came along the now famous BMW Gelande-Strasse, which has virtually taken over the World in terms of motorcycle prowess! Only one problem â€“ the vertically challenged amongst us couldnâ€™t ride them because the GS was simply too tall for the average â€œkort gatâ€

Not a problem said Benny Wilbers, they had been supplying lowering solutions for all makes of bikes for eons already â€“ so they started to produce reduced length shocks for the front and rear of the ever popular GS range.

Then the R&D wizards at BMW AG came up with their next triumph â€“ the ESA system â€“ which, letâ€™s face it is an awesome system. It did have its pitfalls. In good â€˜ol Souff Effreca, we are hardly average riders. Our road conditions are harsher, our speeds are higher and we generally weigh more and pack more than the 85-90Kg average rider that the bike was designed for! Of course we also like to think the GS is an MX bike that can sail up Sani/Die Hell and Baviaans, two-up, fully laden. Or of course the Orange and RED Route at the GS Challenge!

WILBERS, as part of their ongoing R&D program immediately saw the need for a solution in the areas that the OEM ESA system lacked, namely the height factor for the â€˜vertically challengedâ€™ and the quality level for the hard core tar and dirt riders.

So along came the WILBERS WESA system which has been a major breakthrough for riders and Motorrad Dealers worldwide, as it was putting new riders onto the GSâ€™s who previously couldnâ€™t fit onto them. Problem was â€“ it was never available in S.A until BLING KING was appointed official Importer, Dealer and Service Centre for S.A. at the beginning of 2009!

In order to qualify as an official Service Centre, BLING KINGâ€™s owner – Denver Biggs had to go over to Germany to the WILBERS factory for an intensive training program, where he expanded his race gained experience in the world of suspension. But more to the point â€“ the fitting of the WESA system and WILBERS S.A. was born as part of BLING KING Motorcycle Accessories.

WILBERS WESA comes in various forms, for the R1200GS ESA model it has three varieties:

For the R1200GS Adventure ESA model it also has three slightly different versions:

Normal Height (the same as the OEM system) then -15mm Lowering, -50mm and -80mm Lowering

As an example â€“ I am 172cm and I lowered my 2010 R1200GS Adventure by 50mm lowering and I literally sat flat-footed on my bike with a standard saddle, so even if you are shorter than that, you can still fit on an Adventure with only 50mm lowering with a lowered seat added.

HOW DOES IT WORK?

The beauty of the WILBERS WESA system is the fact that it works totally in harmony with the BMW CANBUS and all aspects of the OEM ESA system are retained.

The GS/GSA ESA front and rear shocks comprise of: The Hydraulic Pre-Load pump, the shock strut, the shock spring and the rebound damping actuator at the bottom of the shock. With the WILBERS WESA solution the shock assembly is dismantled and the shock strut and the spring are replaced with new tailor made WILBERS units, the great part of this conversion is that the original BMW Hydraulic pre-load pump and the rebound damping actuator are used in conjunction with the WILBERS shock strut and spring. This means that the original functionality through the ESA handlebar switch is retained and the WILBERS WESA is not intrusive to areas such as the CANBUS wiring etc, making the Warranty null and void!

What you are left with is an ESA bike with way superior suspension capabilities that is actually hand built to your weight and height and has all the original ESA functionality â€“ only one thing to add, the smile factor when you take your bike for a ride!

A concern that a lot have is the diminished ground clearance that lowering the suspension will create, bear in mind that this is compensated by the fact that the suspension is now of a far better standard and the sag and compression damping is a lot better!

Once you have determined which WILBERS WESA solution will suit you (and by all means please phone if you need further advice) then you simply fill in the a â€˜Shock order fact sheetâ€™ â€“ e mail that to me, pay your 50% deposit and we will order the shocks from Germany.

The order takes only 3 weeks to build in Germany and once the shocks arrive I inform you and then you can have the original shocks removed, either at your local BMW Dealer. Or you can bring the whole motorcycle to our Service Centre at 27B River Road, Rivonia Jhb. We then replace the BMW struts and springs with the awesome WILBERS WESA ones, transforming your bike into a top quality ride that you can fit on.

If you are out of Jhb you can get the job done by a BMW or other approved workshop, they simply send us the shocks, side and main stands and we do the conversion and return to them for re-fitting.Â

PLEASE NOTE: – Since the bike is now lower the side stand and the main stand will have to be cut, shortened and re-welded, this is not a problem as we have a fully qualified and competent engineering shop who have done many of these stand conversions for us. We also powder coat the stands to return them to that original factory finish.

About the Author: Denver